The Outland Institute’s Northcote Correspondent, David Ashton, is watching all the AFI Best Film winners – so you don’t have to. 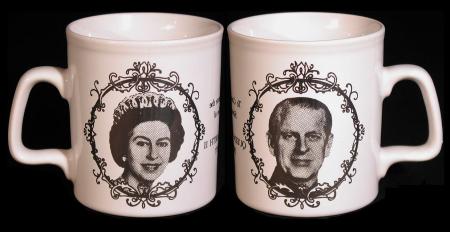 1977, the year the world changed its underpants… Jimmy Carter became president of the USA, his first act pardoning Vietnam War draft-dodgers. Fleetwood Mac released Rumors and Fleetway Publishing released 2000AD Prog 1. Elizabeth II celebrated her silver jubilee while being mocked by the Sex Pistols, and the Empire staggered under the weight of so much commemorative crockery. In Australia we adopted Advance Australia Fair as our national anthem by plebiscite and re-elected Malcom Fraser as PM (what were we thinking?)

In tinseltown, the Oscar for best movie went to Woody Allen’s Annie Hall. The highest-grossing movies of the year included Close Encounters of the Third Kind (dir: Steven Spielberg), Saturday Night Fever (dir: John Badham) and a family movie featuring a seabird in a prominent role… The Rescuers (dirs: Reitherman/Lounsbery/Stevens). The Cannes Palme D’Or that year went to the Taviani Brothers’ Padre Pardone. 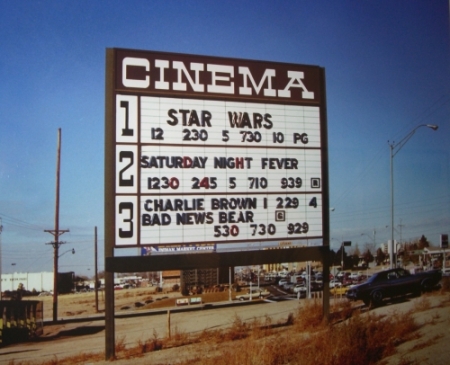 And yes – there was Star Wars (dir: George Lucas). Its impact was huge – in the short term we had a slew of second- and third-rate cash-ins (everything from Italy’s Star Crash to Disney’s The Black Hole). In the long term, Hollywood blockbusters – struggling to re-capture the audience exhilaration of Star Wars – began to resemble theme park rides more than movies. The enormous success of this movie (and others including Jaws and Raiders of the Lost Ark) meant that films previously considered juvenile B-pictures now got the big budgets and the marketing attention, while movies made for adults struggled on the margins.

None of that mattered in Australia, of course, which had neither “big budgets” nor “marketing hype”. The Australian film industry was still renaissance-ing away with such diverse films as the animated Dot and the Kangaroo (dir: Yoram Gross, an unsung hero of Aussie film), Peter Weir’s spooky thriller The Last Wave, the nostalgic Picture Show Man (dir: John Power) and Lasse Hallstrom came here from Sweeeden to shoot ABBA: The Movie, starring That Guy That Played The Dad from Hey Dad (although since Hey Dad wouldn’t start until 1987, back then he was simply known as “That Guy“).

Meanwhile Richard Franklin clearly believed he was on to a good thing as he delivered Phantasm Rides Again. On a sadder note, popular television soap operas Bellbird, Number 96, and The Box were all cancelled this year – it’s worth remembering that the successful film adaptations of No 96 and The Box played a not insignificant role in kick-starting the whole film renaissance thing in Australia.

Written by Sonia Borg and Sydney L. Stebel, based on the novel by Colin Thiele. Directed by Henri Safran. Starring Greg Rowe, Peter Cummins and Gulpilil as Fingerbone Bill.

10-year old Mike lives with his father Tom in a wooden shack near a wildlife sanctuary. Tom is happy with the isolation, but Mike is starting to wonder what he’s missing out on. He finds friends in an Aboriginal man living illegally on the sanctuary (like Tom, running from his past) and in Mr. Percival, a pelican he rescues when it’s parents are killed by poachers. Mike becomes the first child ever to run away to school, and Mr. Percival saves some fishermen from a sinking boat.

Well it’s certainly beautifully photographed, but in an unassuming way which makes good use of the natural scenery and natural light. Despite Storm Boy’s minimal use of dialogue and low-key storyline the general feel of this film is warm and suitable-for-the-whole-family rather than Artsploitation. Like the previous years AFI winner, however, it falls into the “coming of age film” category, which will be a recurring theme in this series.

Is it any good?

Storm Boy was a big success in its day, and not just because the Colin Thiele novel was on school reading lists. Although it’s not usually included in the worthy canon of Great Australian Movies (Hanging Rock, My Brilliant Career, et. al.) when it is mentioned it’s usually prefaced with he words ‘Australian classic’ and is fondly remembered by those who saw it. 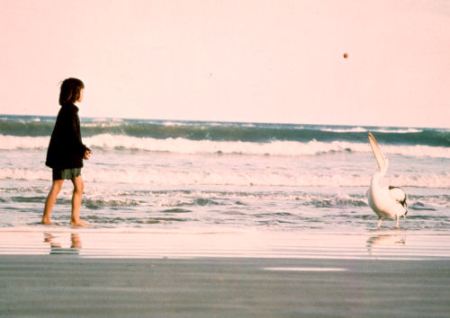 I think Elvin Jones summed it up best when he left this review on IMDB:

i’ve found casually in an obscure local tv “Stormy boy” and in the same moment i went in my youthness. This is a very delicate and intriguing movie. And i’ve rewiewed the boys, the wear, and a tipical manner of realization movies for children of the ’70. i love the photography of this movie and his simplicity. Goodbye mr. Percival 8/10 my rating

What struck me about the film is that it’s a rare example of a film which can appeal to both adults and kids on the same level. Usually ‘family’ films feature simple storylines and cute characters for the kids, with the occasional sophisticated joke or pop-culture reference thrown in to keep the adults entertained. With Storm Boy everyone can appreciate the human drama – any child or adult who’s ever felt lonely, isolated or ‘different’ can relate to Mike‘s situation.

While subtlety was the downfall of 1976’s The Devil’s Playground (which became rather bland), here the low-key approach leaves space for the film to touch on themes of ecology, indigenous relations and dysfunctional family without trampling on the drama. There’s enough space in the film for the viewer to take as much as they want from the film.

I think anyone who sees this film will want a pet pelican afterward, although the scene where Mr. Percival rescues some fishermen from a sinking boat is perhaps a little too Lassie.

Pelicans are closely related to boobies. In medieval Europe pelicans were a symbol of the passion of Christ. Pelicans mostly eat fish, although they sometimes eat smaller birds and (according to a popular urban legend) chihuahuas.

Although Mr. Percival is the star of Storm Boy, Mike actually rescues three pelicans – the other two are whimsically named Mr. Proud and Mr. Ponder (very Michael Leunig). The three pelican ‘actors’ were Dum Dum, Carpenter and Sandwich. They were trained by Grant Noble for twelve months.

Apparently the pelicans lived for a while in the swimming pool of the South Australian Film Corporation. Surely this was a boom time for filmmakers in Australia – not only did film funding bodies have their own swimming pool, but they actually offered practical help to people making films. Luxury!

Greg Rowe was twelve when he starred in Storm Boy, and went on to star in another Colin Theile adaptation, Blue Fin (1978). He seemed to have retired from acting a few years later and now lives in Toronto, Canada.

(You’ll note the TV show doesn’t include the question mark in the title – could Channel 7 not afford the extra graphic design work?)

David Gulpilil (who is credited here just as Gulpilil) began his acting career when Nicolas Roeg cast the fifteen year old in Walkabout (1970). Prior to that he was already an accomplished hunter, tracker and ceremonial dancer and spoke several traditional languages, although not English. He has gone on to become one of Australia’s most distinguished actors, having worked with directors including Peter Weir (The Last Wave, 1977), Philip Kaufman (The Right Stuff, 1983), Wim Wenders (Until the End of the World, 1991), Philip Noyce (Rabbit-Proof Fence, 2002) and Rolf De Heer (The Tracker, 2002, Ten Canoes, 2006) as well as roles in Crocodile Dundee (1986) and as King George in Baz Lurhmann’s forthcoming Australia.

Before his death in 2006 Colin Thiele wrote between 80 and 100 books (depending on who you ask) several of which were turned into films or television shows including Blue Fin (dir: Carl Shultz, 1978), The Fire in the Stone (dir: Gary Conway, 1984) and Sun on the Stubble (TV miniseries, 1996).

Storm Boy seems to have been the peak of director Henri Safran’s career, although he did direct the miniseries A Fortunate Life (1985) as well as episodes of Space: Above and Beyond (1996) and Starhunter (2001).

Next Time: They covered the action and shared the excitement… Newsline…um… Frontline… er…Frontnews? … oh, whatever.

Do you remember Storm Boy’s original release? Did you want to have your own pelican? Leave your comments below!

. Purchasing through this link helps The Outland Institute keep the dream alive. Other 1977 films you may enjoy include: The Woody Allen Collection – Vol. 1 (includes Annie Hall & 5 others)

, Close Encounters Of The Third Kind

This entry was posted on Sunday, November 16th, 2008 at 7:11 pm and is filed under afi best film series, film. You can follow any responses to this entry through the RSS 2.0 feed. You can skip to the end and leave a response. Pinging is currently not allowed.