And The Winner Is… The AFI “Best Film” Project

Over the coming months, David Ashton – The Outland Institute’s Northcote correspondent – will be undertaking a grueling and potentially dangerous task: he’ll be watching all the Australian Film Institute‘s “Best Film” winners from 1976 onwards (prior to 1976 documentaries and non-features were eligible for the main prize, but David‘s going for the hard stuff). Here he sets the scene for what is to come…

Lately the word on everyone’s lips is Ozploitation. Thanks to a spiffy new documentary  – and endorsement from Quentin Tarantino – everyone and their blog is talking about Australian movies. The violence, the nudity, the tax breaks and the film-makers who dared to exploit them. But there’s another type of Australian film-making that’s been going on behind the scenes, running parallel and underground to the films we know. Bold, innovative film-makers who dare to make films where the sex and violence is done tastefully. Film-makers who recklessly ignore public opinion in favour of critical plaudits. For these people, “hauntingly beautiful” isn’t just a lazy critic’s cliche – it’s a way of life. Some of these directors are so determined to see their films made they even write their own scripts.

I call this style of movie artsploitation. This freshly-minted genre includes such overlooked classics as Picnic at Hanging Rock, My Brilliant Career, The Year My Voice Broke and Shine. Films acclaimed in their day, but now only dimly remembered by an industry which prefers to canonise films like Patrick, Turkey Shoot, and that one where Sigrid Thornton gets stalked by a Mr Whippy van.

Artsploitation might not have Quentin Tarantino to champion it, but it does have the Australian Film Institute. Each year the AFI celebrates the films it considers the finest made in Australia – no matter how poorly they’ve done at the box office. In order to shed new light on the whole artsploitation genre I’m going to watch and review all the winners of the AFI “Best Film” award since it was first designated to be specifically for Australian features in 1976 (can you guess the film?)

END_OF_DOCUMENT_TOKEN_TO_BE_REPLACED

It’s hard to believe now, but there was a time when Australia dared to make films that were entertaining. Mark Hartley‘s new documentary Not Quite Hollywood takes a loving looks at all the horror, thrillers, science-fiction/supernatural features, action films and sex comedies that were abundant during the 1970s and ’80s, films which have recently been collectively branded as “Ozploitation”. 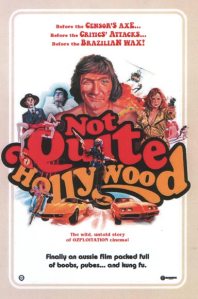 The term “exploitation picture” originates around the 1950s, when small independent producers would make cheap films to cash in on popular trends. These weren’t B-pics, which were also produced by the studios, but something cheaper and rougher. Intended for drive-ins and fleapit cinemas, they would often exploit current concerns or fads, getting their films to the screen before the polished studio pics had a chance. Sometimes they would use misleading titles, or ride the anticipation generated by highly advertised studio product – Invaders From Mars cashing in on Paramount’s War Of The Worlds (1953), for example, or Beyond The Time Barrier opening during promotion for The Time Machine (1960).

Later the term became more specific – the Sexploitation pictures of the 1960s (such as I Am Curious (Yellow)) or the Blaxploitation films of the 1970s (created in the wake of Melvin Van Peebles‘ Sweet Sweetback’s Baadasssss Song). Other sub-genres include Nunsploitation, Nazisploitation, Eschploitation (apocalyptic Christian end-times thrillers), Pinku Eiga (“Pink Film” – Japanese sexploitation), Pornochanchada (Brazilian softcore) and Cat III (named after Hong Kong’s equivalent of the R classification)> 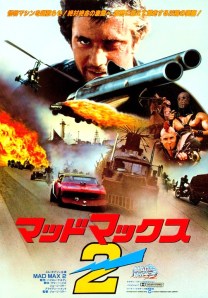 END_OF_DOCUMENT_TOKEN_TO_BE_REPLACED

Yesterday I presented my Melbourne International Film Festival wrap-up, and also gave room for some our regular Institutees to speak. Last up is the glorious Syms Covington (who normally lives here). He rants exclusively for The Outland Institute.

This year’s MIFF was an interesting one for me. It was the first time I had attended the fest in three years, having been stuck in Sydney town for that period, and also because I could directly contrast it with my experiences at SIFF about a month earlier. The two festivals are vastly different, and I have Richard Moore to thank for that. The Sydney Film Fest is strutting off in its own direction with its big blue prize, eyes firmly on everything but Australian film, while MIFF had the tenacity to not only program some of the best Aussie arthouse films around (as well as new genre surprises like The Horseman and Acolytes) but to devote a whole strand to the ‘drunken uncles’ of the Australian film industry – the ones the more ‘respectable’ contingent of the industry has been actively ignoring at the parties for years – the filmmakers who made what is currently being referred to by the trendy Tarantino-coined moniker of “Ozploitation”.

Indeed the Ozploitation bent of this year’s MIFF was the thing that pushed me over the edge to travel south. I’d had the opportunity to see Not Quite Hollywood previously at a closed screening, and fallen in lust with it. I was terribly excited by the possibility of attending opening night just to experience the film again in a room filled with not only the genre benders profiled in the film, but the very film industry snobs that had blacklisted many of these films originally. For me, the film and opening night shenanigans were well worth the trip down. The only thing that would have made it better was if there had been screens either side of the stage filming “reaction shots” – like at the Oscars – of the old snobs shuddering in their hush puppies and sensibly ironed fawn slacks. I am seeing it again with a crowd of industry folk at the AFI Awards Screenings night in Sydney, so hopefully someone will have acted on this idea by then.

END_OF_DOCUMENT_TOKEN_TO_BE_REPLACED

And so another year’s Melbourne International Film Festival draws to a close. The rubbish is strewn across the turf, the drunken young women have collapsed on the trams, and the vomit is being hosed down from the VIP tent – no, wait. That’s the Melbourne Cup. Let’s start again. 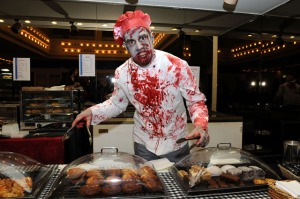 Like all art, film is subjective. Our response to film is not only based our our preferences and tastes but can be altered by our surroundings – would I have enjoyed Let The Right One In more if the gentleman next to me hadn’t spent the whole film munching through a box of popcorn larger than his head? Probably. Would I have enjoyed My Winnipeg less if I hadn’t been so exhausted from chasing horses all day that I was more than willing to fall under it’s hypnotic spell, like the sleep-walking residents Guy Madden describes? Maybe. Am I now aware that even the most deserved criticism of the festival is likely to bring on the fury of The League Of Festival Directors, like a Marketing Team descending in the night? Oh yeah.

So here is my completely subjective take on the 2008 Melbourne International Film Festival (after all, if you didn’t want my opinion you wouldn’t be here, would you?)