What Gives… You… The Right? On Reviewing

Apologies for the lack of new material on The Outland Institute this week. We’ve been having the asbestos in the east wing of the Institute replaced – it was getting a bit worn out. Do you know how hard it is to find asbestos these days? Meanwhile – in between interviewing puppet squirrels – I’ve also had other work commitments, including my new regular gig on the tv-themed-podcast Boxcutters and I’ve been doing some Fringe reviewing for AussieTheatre.com. 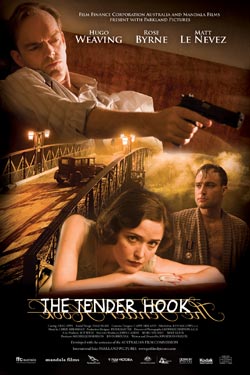 Speaking of reviewing, Syms Covington has been having some fun at the expense of The Tender Hook recently – it’s an Australian film, so you won’t have heard of it. It was released on the 9th of October and set new box-office records, taking $4.55 and half-a-biscuit in its first week, before it was mercifully taken out the back of the cinema and shot repeatedly in the head. Which reminds me, it stars Rose Byrne. (Actually, to be fair, I’ve discovered I only hate Rose Byrne in Australian films, I think she’s pretty good in non-Australian films, and she is genuinely lovely in real-life).

Syms’ less-than-flattering comments about The Tender Hook led to this comment, from a person named “Anonymous”:

“Syms, I feel very sorry for you. It seems that you find enjoyment in belittling films you would never have the skill or imagination to make. Maybe if The Tender Hook was about a bitter, cynical nerd with a blog, you’d have liked it. Maybe if it spelt out every detail ad-naueseum you may have liked it. When was the last time you got laid Syms? I’m guessing its been a while. Seriously though, it’s your loss that you weren’t able to enjoy The Tender Hook.

It’s people like YOU that are the problem with Australian film industry… Get a life you miserable tiny little man.”

So people like Syms are the problem with the Australian film industry? And there I was, thinking it was the films…

END_OF_DOCUMENT_TOKEN_TO_BE_REPLACED

Yesterday I presented my Melbourne International Film Festival wrap-up, and also gave room for some our regular Institutees to speak. Last up is the glorious Syms Covington (who normally lives here). He rants exclusively for The Outland Institute. 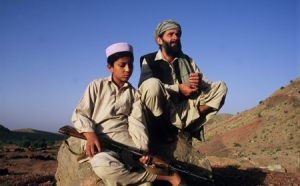 This year’s MIFF was an interesting one for me. It was the first time I had attended the fest in three years, having been stuck in Sydney town for that period, and also because I could directly contrast it with my experiences at SIFF about a month earlier. The two festivals are vastly different, and I have Richard Moore to thank for that. The Sydney Film Fest is strutting off in its own direction with its big blue prize, eyes firmly on everything but Australian film, while MIFF had the tenacity to not only program some of the best Aussie arthouse films around (as well as new genre surprises like The Horseman and Acolytes) but to devote a whole strand to the ‘drunken uncles’ of the Australian film industry – the ones the more ‘respectable’ contingent of the industry has been actively ignoring at the parties for years – the filmmakers who made what is currently being referred to by the trendy Tarantino-coined moniker of “Ozploitation”.

Indeed the Ozploitation bent of this year’s MIFF was the thing that pushed me over the edge to travel south. I’d had the opportunity to see Not Quite Hollywood previously at a closed screening, and fallen in lust with it. I was terribly excited by the possibility of attending opening night just to experience the film again in a room filled with not only the genre benders profiled in the film, but the very film industry snobs that had blacklisted many of these films originally. For me, the film and opening night shenanigans were well worth the trip down. The only thing that would have made it better was if there had been screens either side of the stage filming “reaction shots” – like at the Oscars – of the old snobs shuddering in their hush puppies and sensibly ironed fawn slacks. I am seeing it again with a crowd of industry folk at the AFI Awards Screenings night in Sydney, so hopefully someone will have acted on this idea by then.