A long time ago – in a galaxy far, far away –  David Ashton was watching all of the AFI Best Film winners in order… so you don’t have to. Today he visits a mythic time we call “1981”… 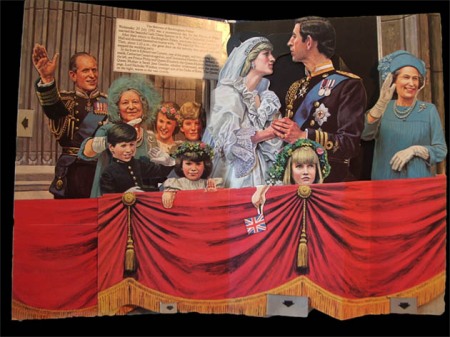 1981 began on a Thursday and was to go on to feature over fifty further Thursdays spaced evenly throughout the year. It was the year that the Yorkshire Ripper was caught and a year that saw endless mugs and tea towels commemorationg the royal coupling of Charles and Diana, who I believe went on to live happily ever after. The pop charts were dominated by Kim Carnes’ Bette Davis Eyes, Soft Cell’s Tainted Love and the timeless Stars on 45.

Meanwhile the movieworld’s obsession with science fiction had shuffled slightly sideways to fantasy; Clash of the Titans, Dragonslayer, Excalibur and Time Bandits were all released in 1981, with only Outland (no, not that one) flying the flag for SF. Other significant films of this year were comedies Arthur and The Cannonball Run; Wolfgang Petterson’s claustrophobic submarine drama Das Boot; Sam Rami’s low-budget marvel The Evil Dead; a post-modern adaptation of John Fowles’ post-modern novel The French Lieutenant’s Woman; the morality play Mephisto; the sentimental On Golden Pond and the blockbuster team-up of Lucas and Spielberg for Raiders Of The Lost Ark. Also a surprising number of werewolf movies; The Howling, Wolfen and An American Werewolf in London all came out this year. The Cannes Film Festival awarded the Palme D’Or to the politically-charged Polish film Man of Iron; in the US the Academy was handing its top award to a period story about rival athletes accompanied by a synthesizer score, Chariots of Fire.

In Australia, Bruce Beresford was documenting Australian surfie life with Puberty Blues – a surprisingly rare Aussie film about beach culture – and Richard Franklin directed Roadgames, a sort of Rear Window-on-wheels starring American actors Stacy Keach and Jamie Lee Curtis. Perhaps the most significant Australian film released this year though was Mad Max 2: The Road Warrior. Few films can be attributed with creating their own genre but MM2, with its mix of post-apocalyptic dystopia, punk fashion and gory car stunts has been endlessly copied, usually by inferior films.

The Australian Film Institute has little interest in such Ozploitative genre fare, of course, and had its eyes on a period story about rival athletes accompanied by a synthesizer score … END_OF_DOCUMENT_TOKEN_TO_BE_REPLACED