The Outland Institute’s Resident Echo & The Bunnymen Expert, David Ashton, is watching all the AFI Best Film winners – so you don’t have to. 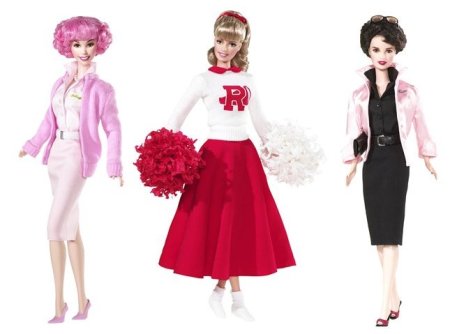 On January 7, 1978, Emilio Palma was born in Antarctica – the furthest south anyone had ever been born. It was also the year that Ted Bundy was arrested and the Garfield comic strip was first published. Coincidence? In Australia it was the year of the Hilton Hotel bombing and the year that Dick Smith towed a fake iceberg into Sydney Harbour. Probably a cry for help.

For two prominent film directors 1978 was year of unusual migrations: Roman Polanski skipped bail and fled the US after pleading guilty to sexual intercourse with a minor, while the remains of Charlie Chaplin were stolen from Cosier-sur-Vevey, Switzerland, only to re-appear 50 days later near Lake Geneva. Coincidence?

The Oscar for 1978 went to Michael Cimino’s grim Vietnam War film The Deer Hunter, beating Coming Home and Midnight Express. The BAFTA that year went to Annie Hall (which had won the Oscar the previous year). Meanwhile, audiences sang along to Grease and believed a man could fly in Superman: The Movie.

Australia was continuing to produce good films too. Fred Schepsi’s follow-up to The Devil’s Playground was the more visceral Chant of Jimmie Blacksmith. The success of the previous year’s Storm Boy led to the making of Blue Fin – another Colin Thiele tale with the same young actor in the lead. The Getting of Wisdom and The Night, The Prowler were also released, but they were all soundly beaten at the AFIs by the winner of an unprecedented eight awards – including Best Film – Newsfront.

Written and directed by Phillip Noyce, based on a script by David Elfick and Bob Ellis. Starring Bill Hunter, Wendy Hughes, Chris Haywood, Gerard Kennedy, Bryan Brown and Angela Punch (who would soon add McGregor to her name). Newsfront also features brief cameos from Mark Holden, Bruce Spence and The Guy Who Plays Alf from Home and Away.

Beginning in the late 1940s Newsfront tells the story of the people who made cinema newsreels. Len Maguire (Bill Hunter) is a cameraman loyal to Cinetone News, although his brother Frank (Gerard Kennedy) defects to a rival newsreel company and later to the US, abandoning his girlfriend (and Len’s work colleague) Amy Mackenzie (Wendy Hughes). Len is a man of strong principals but his determination to do the right thing is challenged by the personal and social changes that happen around him.

This is a handsome-looking film and the cinematography is a considerable technical achievement (see below) but I don’t think “hauntingly beautiful” is the phrase for this one. “Classy” is the description that springs to mind.

Is It Any Good?

While many Australian films of the late seventies are called “classic”, Newsfront is the one most often referred to as “possibly the best Australian film ever made” – and it’s not hard to see why.

On one level the film is a tribute to the newsreel cameramen of post-World War II Australia, however it also documents the political and social changes the whole country was going through at that time. This is illustrated explicitly through the news stories covered by the newsreels (particularly the change from the war-era Labor governments to the conservative Menzies rule, and Menzies subsequent attempt to ban the Communist Party) but also by the professional and personal lives of the characters in the film. The newsreels’ threat from the new medium of television, and the defection of Frank to the US film/television industry reflect the country’s cultural shifts.

The disintegration of Len’s marriage to his staunch Catholic wife and subsequent, more casual, relationship with Amy reflects the changing social mores of the time. Despite the characters being observers – rather than participants – of the big events, there’s a rare sense of scale and scope to Newsfront.

Newsfront is also highly ambitious technically and excels in every area. The film seamlessly blends real newsreel footage with shots staged for the movie. Particularly impressive is the re-creation of the Maitland floods. The film switches back and forward from black and white to colour throughout and at different times mimics the look of forties noir and fifties technicolour as well as documentary footage. Somehow this works – it doesn’t become jarring or gimmicky. The script, acting, photography, editing and production design are all top class. Special mention should also go to the score by William Motzing, which captures perfectly a 40s/50s movie vibe without coming across as pastiche. 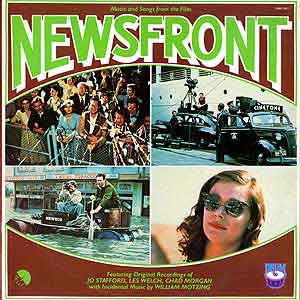 The film may not be to everyone’s taste – it doesn’t follow a conventional three-act narrative structure so it may seem rather meandering – and the ending seems very abrupt: Len Maguire does something noble, the music swells and suddenly the movie’s over. I guess if it had gone on any longer it would have become about the death of the newsreels and the rise of television, whereas the filmmakers clearly wanted to make a celebration of the newsreels.

The tagline “When the news ran out…they made their own” is not only inaccurate, but goes against the whole spirit of the film. Possibly they were trying to evoke the famous “print the legend” quote from Ford’s The Man Who Shot Liberty Valance (1962)

Ironically – given Newsfront’s disapproval of Frank Maguire’s career path – director Phillip Noyce ended up in the US making mediocre thrillers like Clear and Present Danger (1994), The Saint (1997) and The Bone Collector (1999). He returned to Australia to make Rabbit Proof Fence in 2002. He’s currently working on a film adaptation of Tim Winton’s novel Dirt Music.

Writer Bob Ellisdisowned Newsfront after his script was re-written by Noyce, although he later regretted this decision. His other writing credits include Paul Cox’s Man of Flowers (1983) and two films he also directed: Warm Nights on a Slow Moving Train (1988) and The Nostradamus Kid (1993)

Next Time: The film that launched the brilliant careers of Gillian Armstrong, Judy Davis and Sam Neill – BMX Bandits. No, not really.

Do you think Newsfront is “possibly the best Australian film ever made”? Well what do you think then? How about that Bill Hunter? What’s that all about? Leave your comments below!

This entry was posted on Sunday, November 23rd, 2008 at 6:58 pm and is filed under afi best film series, film. You can follow any responses to this entry through the RSS 2.0 feed. You can skip to the end and leave a response. Pinging is currently not allowed.