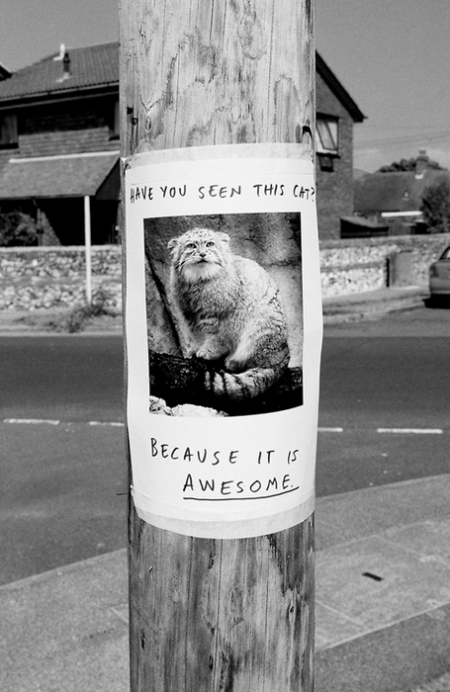 So the Evil Doctor and I decided to attend the Royal Show. After all, any event featuring both duck-herding and pig-diving must be worth a look – you don’t get that at the Melbourne Writers Festival. And as a bonus, it was cat judging day, and there’s nothing I enjoy more than a pissed-off Norwegian Forest Cat.

Both Maine Coon and Norwegian Forest Cats were up for judging, two breeds which are patently the same but breeders insist are not. In fact, I suspect that not only are they the same breed, but actually the same cat – the “Maine Coon” walks off stage, quickly attaches a fake moustache and a monocle and walks directly back on to receive the award for best Norwegian Forest Cat. They look like this: 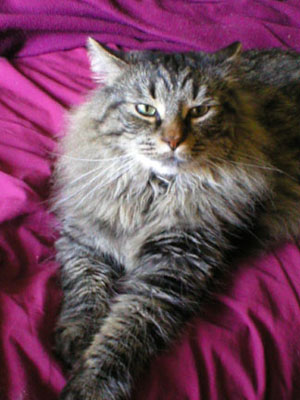 We used to have a Maine Coon, he was named Reznor (after Trent Reznor from Nine Inch Nails – I know, how obvious? At least we didn’t call him Lord Aberdeen like everyone else). Maine Coons are amazing cats, huge and fluffy – they look more like a child’s drawing of a cat than a real animal. They’re also incredibly stupid. These days if you see a cat in film or television it’s usually a Maine Coon, as they’re fairly trainable. You may remember one killing a woman in a bath on Six Feet Under.

We met a gentleman who was holding the largest, furriest cat in the world. “Is that a Maine Coon or a Norwegian?” we asked, pretending they were different things. It turned out to be a Siberian Forest Cat, one of only five in Australia. All owned by the same man. “So I guess you can’t compete them?” we asked. Au contraire – he competes them against each other. He brought two cats to the show. And won two medals. What moral can we learn from this?

So what did we learn from the Institute this week?

In other news, I am now officially the third wheel on Boxcutters, Australia’s best television-themed podcast (probably). You can hear us discussing TV every week at http://boxcutters.net/ – if you’re looking for ill-informed opinion and personal bias, you can’t go wrong. This week celebrates the 150th episode, so prepare for discussion on Fringe, Futurama, spoilers, current affairs, Life On Mars USA, and much much more. Episode 151 will be in two weeks time when we’ll hopefully discuss the fab new series The Middleman – it’s so good I’m certain it’s been cancelled already.

As always, feel free to comment, to discuss, to add your two cents to the conversation…

See you next week! 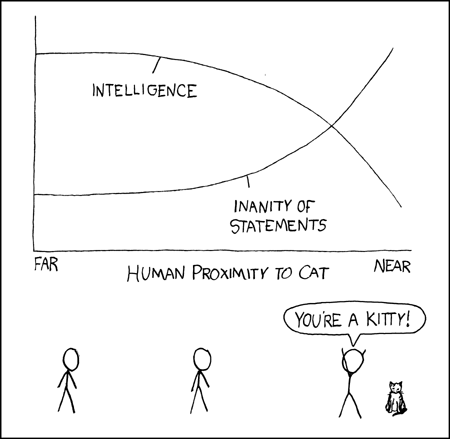 This entry was posted on Friday, September 26th, 2008 at 2:39 pm and is filed under events, friday wrap-up, television. You can follow any responses to this entry through the RSS 2.0 feed. You can skip to the end and leave a response. Pinging is currently not allowed.